We are happy to announce a new visual essay on our website as part of our ongoing project ‘Manly Matters’ about the iconographies of the masculine in South Asian visual culture.

Sarunas Paunksnis and Runa Chakraborty: Masculine Anxiety in the Films of Anurag Kashyap
"Kashyap’s films act as representatives of a new social order currently prevailing in India and compel us to understand the complex process through which the notion of masculinity is being continually configured."
http://tasveerghar.net/cmsdesk/essay/189/


You may also see our previous features from the same project that were announced earlier:

Gaurav Kalra: Politics of Posture and Sartorial Sagacity: The Construction of Ascetic Masculinity in Vivekananda’s Photographs and Posters
http://tasveerghar.net/cmsdesk/essay/185/

We would wait to receive your feedback on these essays and images, which you can provide using Comments box at the end of the essays/galleries.

You can also write to us at tasveerghar@gmail.com or yousuf@tasveergharindia.net
Posted by ysaeed at 10:22 PM No comments:

New edited volume from Tasveer Ghar, the House of Pictures 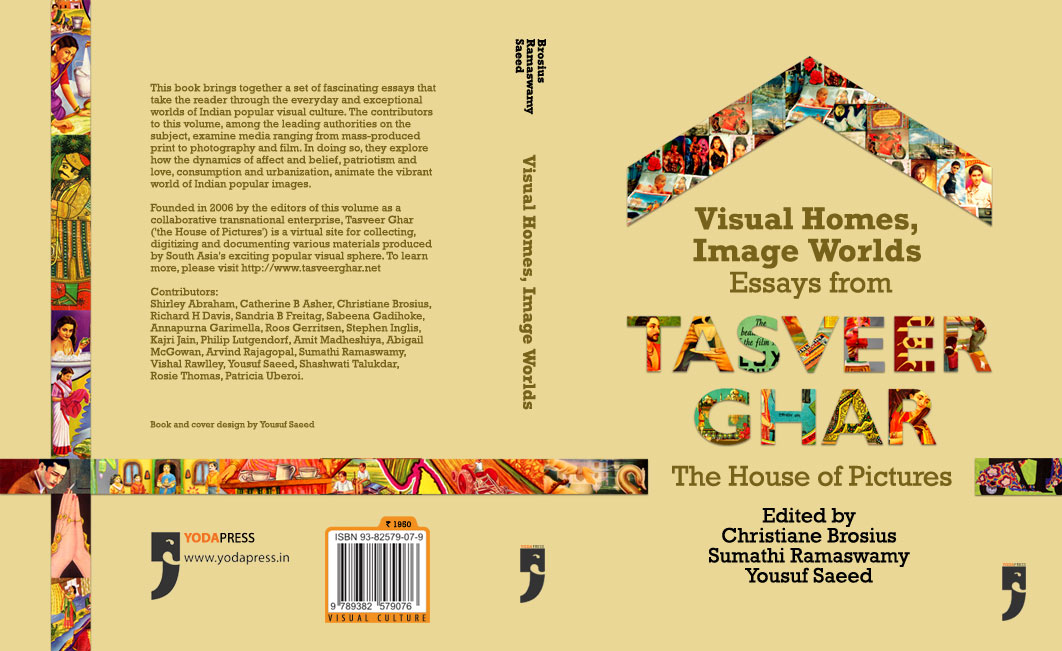 Purchase the book in India from amazon.in
Or write to yodapressbooks@gmail.com
Posted by ysaeed at 2:51 AM No comments:

The festival of Eid may still be a few months away, but as they say, “May everyday of your life be the day of Eid, and every night, the night of Divali.” Happy Eid!

Tasveer Ghar is excited to present a new visual essay about the circulation of images through the Eid greeting cards in India and Pakistan since the early 20th century until now.

While Eid greeting cards have existed in most Muslim societies, this essay looks at the production and use of picture postcards of Eid in South Asia since their early days, to see how they emerged as popular vehicles of iconography across cultures via the postal networks, especially defying many stereotypes about Muslims and Islam as they are prevalent today.

The author, Yousuf Saeed, has been archiving and writing about South Asia’s Islamic popular culture since many years.

We hope that you have been enjoying the various visual essays appearing on Tasveer Ghar website so far. Very soon we are bringing out an edited and illustrated volume of selected essays from Tasveer Ghar with contributions from many well known authors from all over the world.

Posted by ysaeed at 5:21 AM No comments: 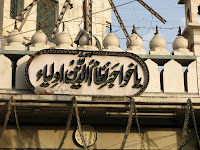 An Illustrated Lecture by Yousuf Saeed

Yousuf Saeed, member of the HRA project "Satellites of Networks" will give an illustrated talk on "Popular Islam and Urban Spaces: The Nizamuddin Shrine in New Delhi".

The talk focuses on how the popular visuality around the shrine has changed over time in response to the changes brought about by urbanization, movement of pilgrims, new technology, and competition from the more orthodox tableeghi and Wahhabi ideologues in the vicinity? This work-in-progress is part of HRA project "Satellites of Networks" a research and documentation project tracing the transcultural flows between Europe and Asia in Muslim popular iconography at the Cluster "Asia and Europe in a Global Context".
Posted by ysaeed at 10:26 AM 1 comment:

While the Swiss ban the minarets, South Asians fabricate new ones
http://www.tasveerghar.net/cmsdesk/essay/86/

Tasveer Ghar presents an interesting image from Delhi that appeared in an Urdu newspaper, coincidentally the same day the Swiss voted to ban mosque minarets in their country. This image is an advertisement for prefabricated minarets available now in India.

See a detailed report about this on Tasveer Ghar:
http://www.tasveerghar.net/cmsdesk/essay/86/

Posted by ysaeed at 7:35 AM No comments:

Nov 17, 2009 11:45 am 01:00 pm
Lectures & Panel Discussions
Category: B4
Organizer: B4 Transcultural Visuality Learning Group
Karl Jaspers Centre, Voßstraße 2, Building 4400, Conference Room 212
In context of the seminar "Stadtwelten - Weltstädte" by Prof. Dr. Christiane Brosius and Dr. Nic Leonhardt, Shirley Abraham and Amit Madhesiya, short-time scholarship holders of the Cluster "Asia and Europe" are going to give a presentation on "Tiled gods appear on Mumbai's streets: Negotiating through the strictly delineated spaces of the megacity,exploring their transformation into curious zones of urban propriety"
Posted by Tasveer Ghar at 1:39 AM No comments:

Election Campaign 2009: How to woo Indian Muslims to vote for you 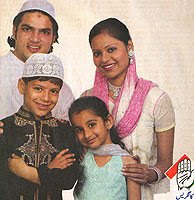 Last week, the Lok Sabha elections of 2009 to select India's central
government finally come to an end, and results were out. Some analysts have pointed out that the Muslims of north India were one of the important deciding factors for the success or defeat of the different parties. If one observed the Urdu newspapers in north India, one could easily see how different parties and candidates tried to attract the attention Muslim voters by engaging them on a number of issues from development and employment to terrorism and communalism.

While Congress and its allies have emerged once again to form the government, one can see how they and the other parties didn't leave any stone unturned to present a favourable image of themselves, while painting their opponents as the worst enemies of the Muslims.

Interestingly, many of these advertisements have bylines not of the main parties they represent. Rather, these have been issued by hitherto unknown organizations and NGOs of local Muslims, and in some cases, religious clergy or even the keepers of local Sufi shrines, who have a great following among the Muslims. While this is not the first time that Muslim religious leaders have participated in the campaign for political parties, but they have certainly come out more openly
this time, often using the iconography of their religious authority.

We present a few examples of such campaign advertisements from some newspapers published in Delhi in the last few weeks:

We would be happy to hear your feedback about the various interesting image galleries emerging on Tasveer Ghar.
Posted by ysaeed at 3:39 AM 1 comment: